  
Former Labour MEP Claude Moraes OBE has joined London-based impact agency 89up as Director of European Affairs as the organisation grows its public affairs arm in both Westminster and Brussels. 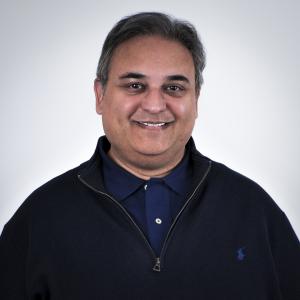 Former Labour MEP Claude Moraes OBE has joined London-based impact agency 89up as Director of European Affairs as the organisation grows its public affairs arm in both Westminster and Brussels.

Moraes will work alongside 89up CEO and founder Mike Harris, and Director of Campaigns Tom Mauchline to lead public affairs and advocacy campaigns on behalf of the agency’s roster of civil society clients.

Mike Harris, founder and CEO of 89up said:

“I’m delighted that Claude is joining 89up as the Director of European Affairs. There are very few people anywhere in Europe with such a knowledge of the EU, how it works and how civil society groups can influence the agenda. His insights into the inner workings of the Parliament and Commission will be invaluable to our clients - so we can help tackle some of the big issues we face as Europeans. Increasingly the EU is setting the agenda for our clients, wherever they are in the world, so we’re delighted to have someone of Claude’s experience and calibre join the team.”

89up’s rapid growth has seen the agency grow from 25 team members to 36 in the last two years despite the challenges caused by lockdown. In the last year, the agency has worked to protect end-to-end encryption with the Internet Society, built multiple websites for the anti-racism advocacy group Hope Not Hate, promoted eye health with international eye health charity IAPB and worked with Oxfam to ensure that the voices of climate activists from the Global South were heard as part of the COP26 climate conference.