Launching a Wave of Hope for the G7 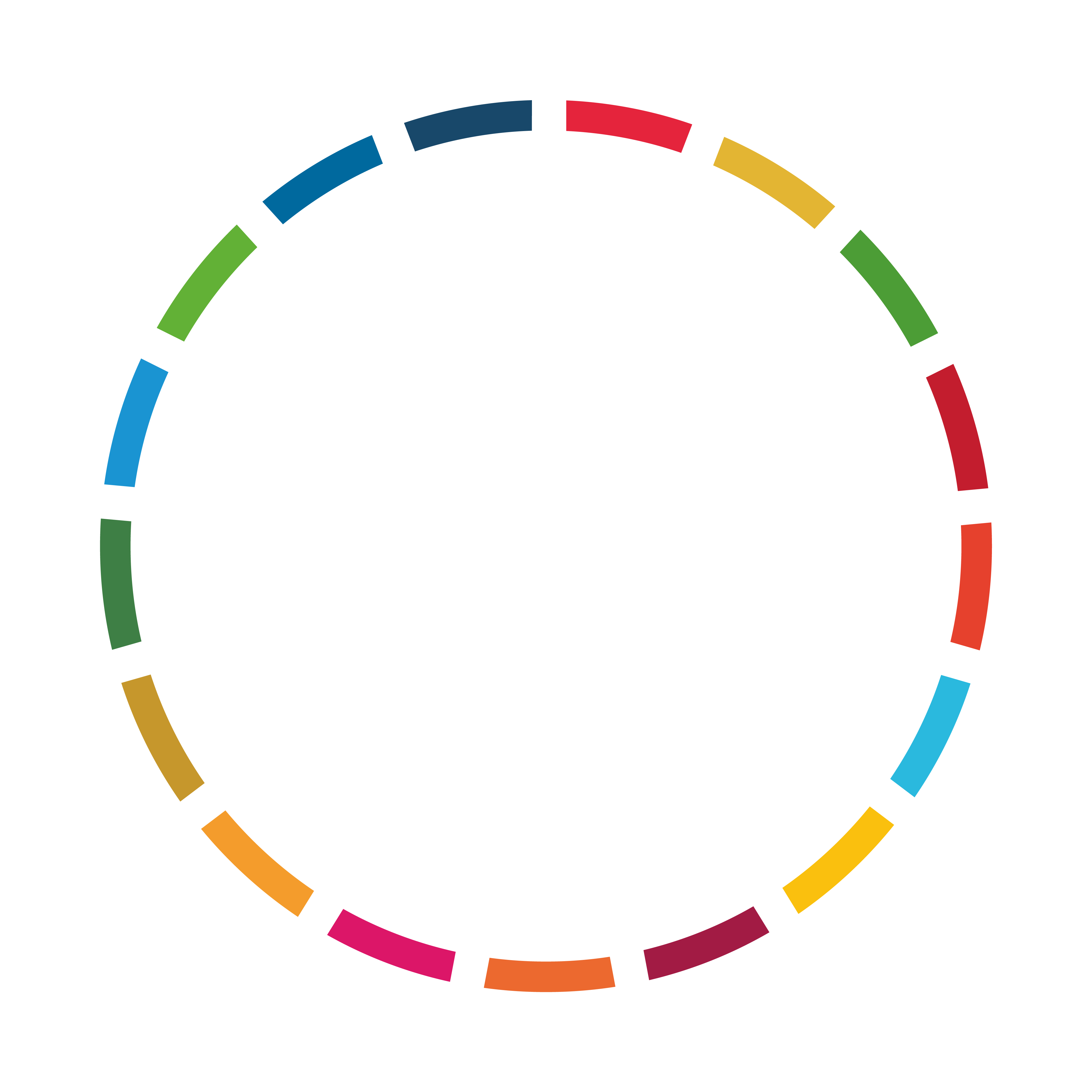 In 2021, the eyes of the world are on the UK as we host the G7 and COP26. It’s time for our leaders to step up and tackle some of the world’s biggest problems.

Working with Crack the Crises, a coalition of over 75 charities representing 12 million citizens from across the country, 89up called on decision makers to commit to delivering vaccines and healthcare for all, fighting poverty and injustice, and ending the climate and nature crises.

89up launched the entirely integrated campaign, entitled the Wave of Hope, in just six weeks. We secured drawings from the likes of Quentin Blake and Lauren Child of their most recognisable characters waving. These were made available in a four-page spread in the Daily Mirror and Daily Record and in all 283 Waterstones stores across the country. Members of the public could pick them up for free, decorate them, and place them in their windows.

In addition to this, 89up's web team built and launched a website encouraging people to join the Wave of Hope by adding their postcode. Sign ups were driven by a paid social campaign and through enlisting the help of influencers.

Finally, our PR team created a number of media stories in the run up to the G7, resulting in over 540 pieces of coverage with a reach of over 82.5 million. 20,000 also joined the Wave of Hope. 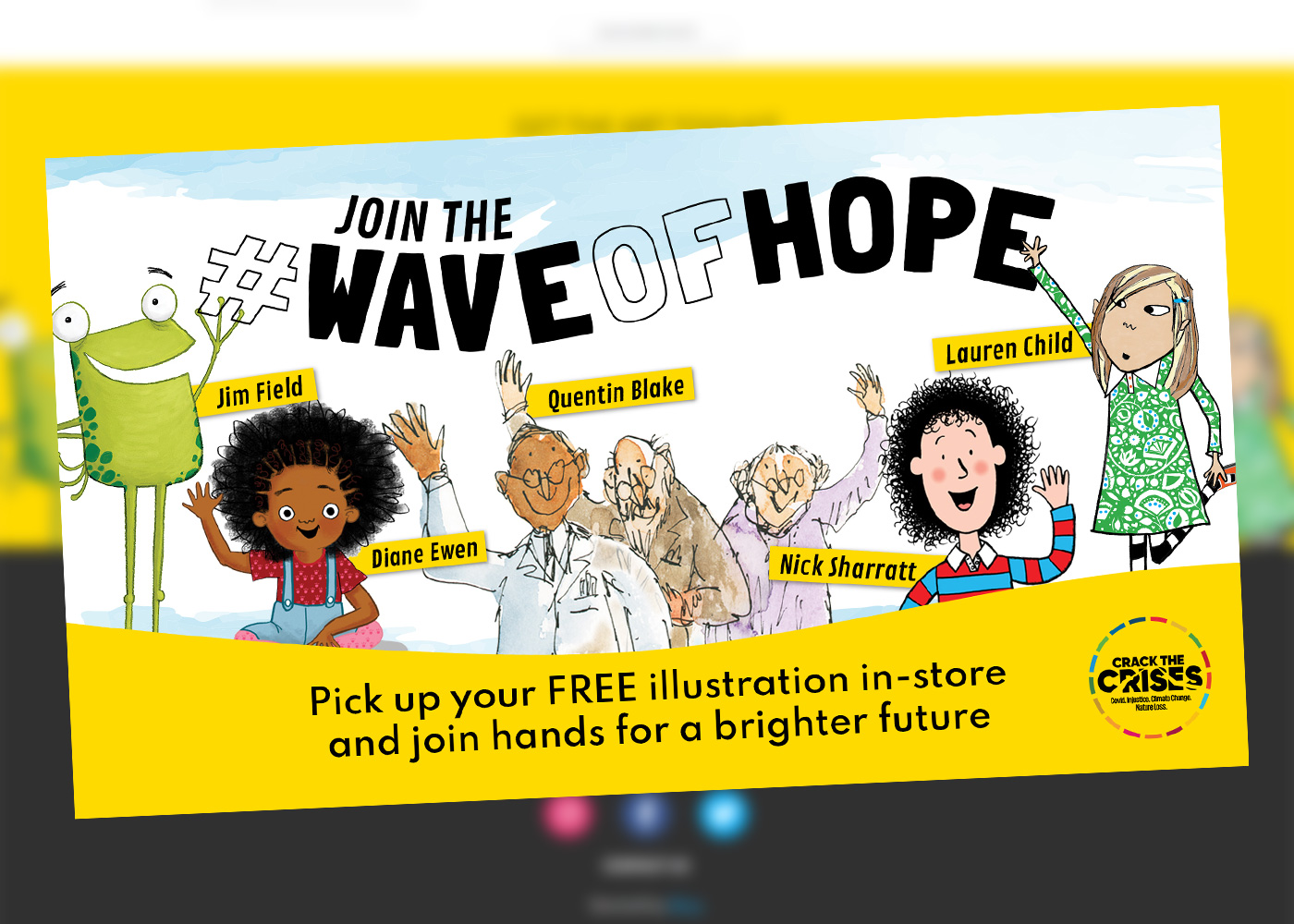 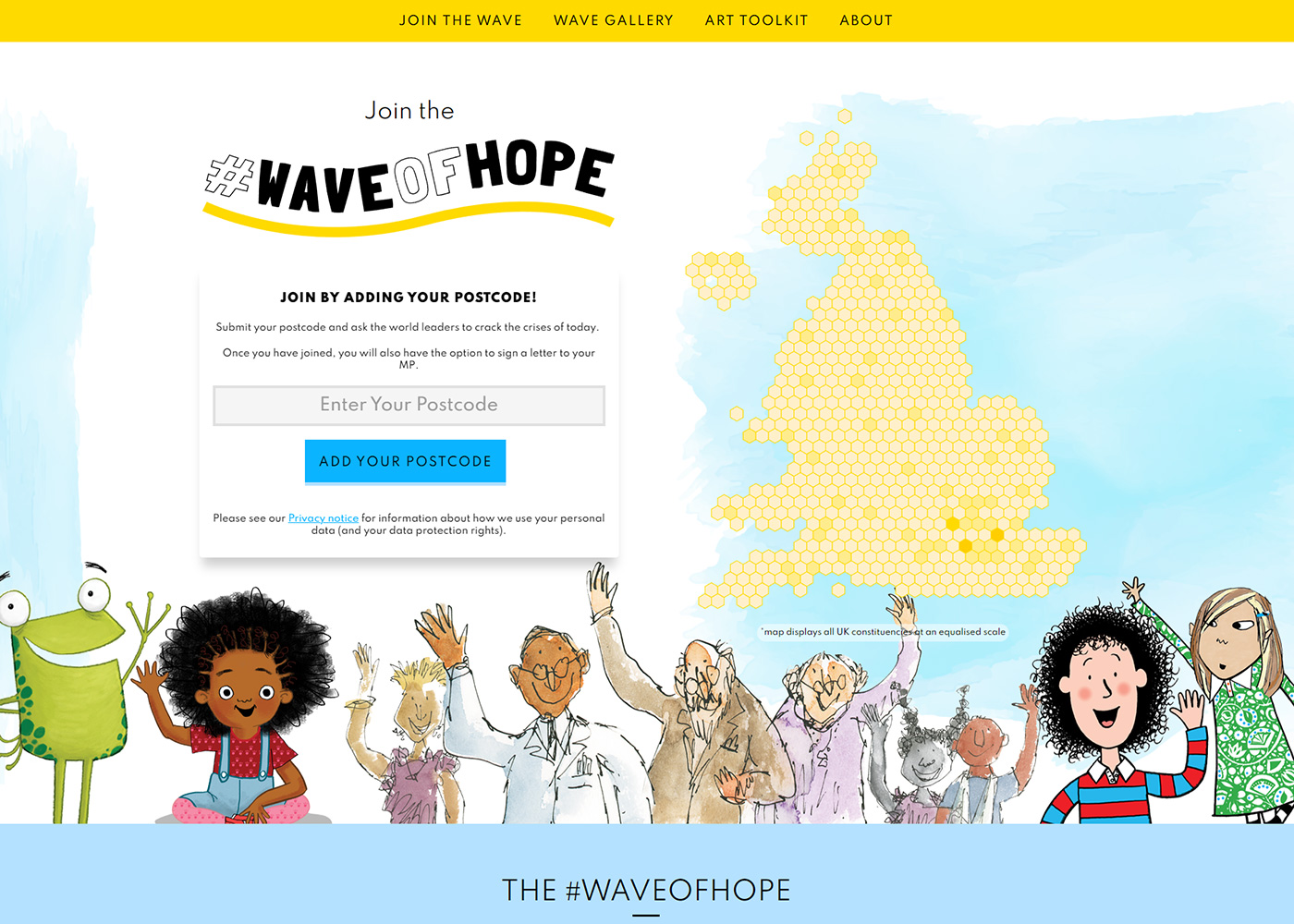 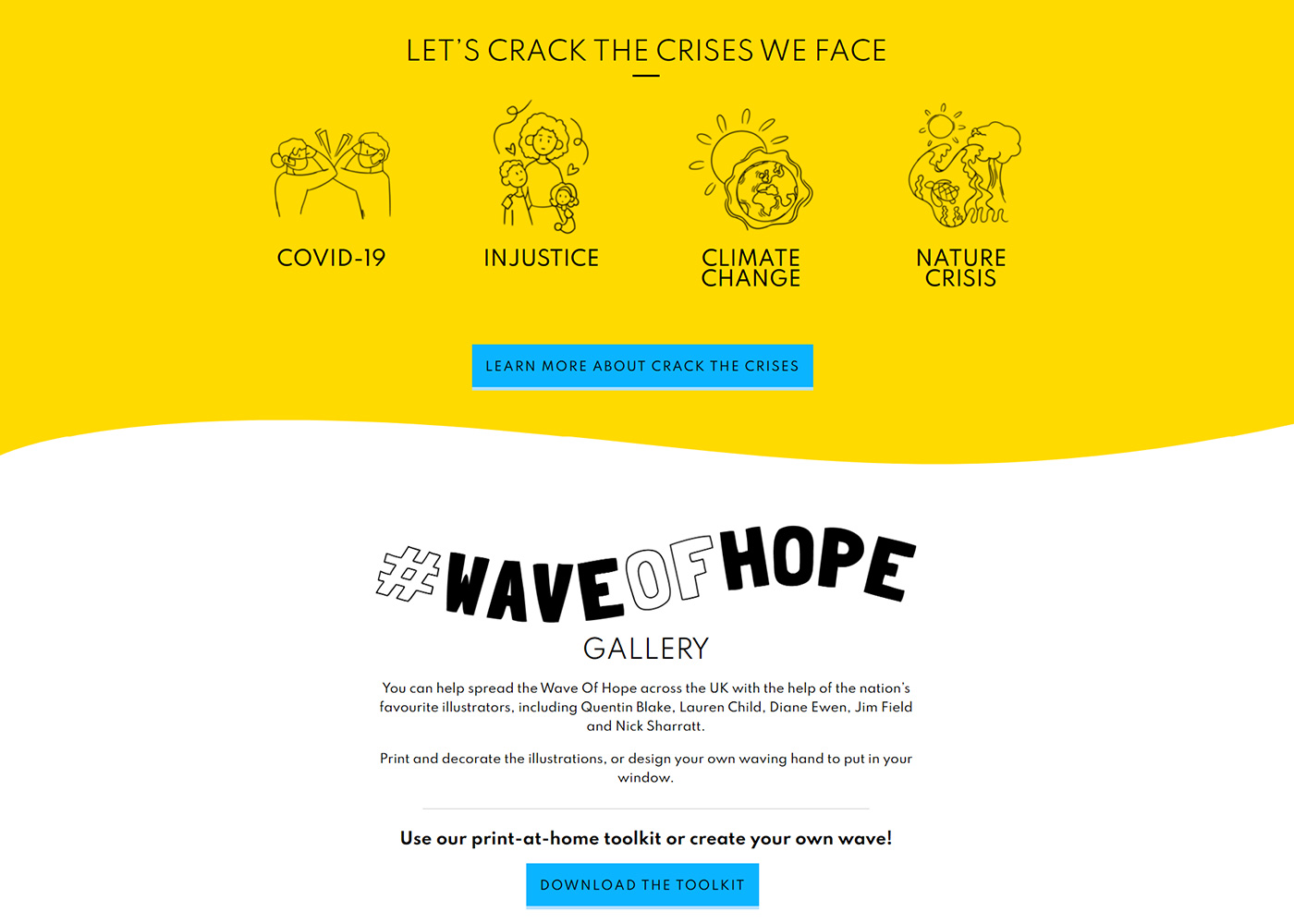 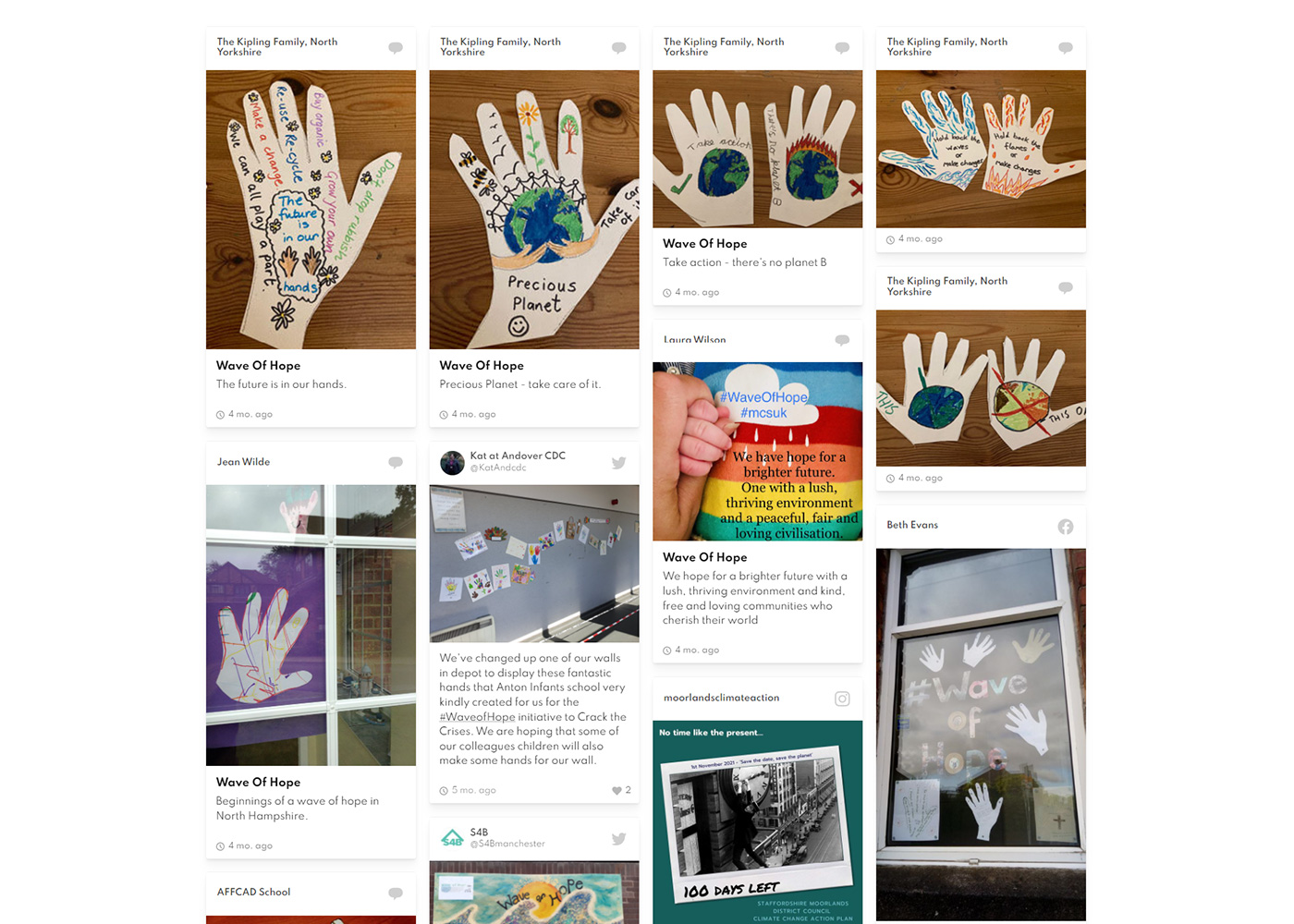 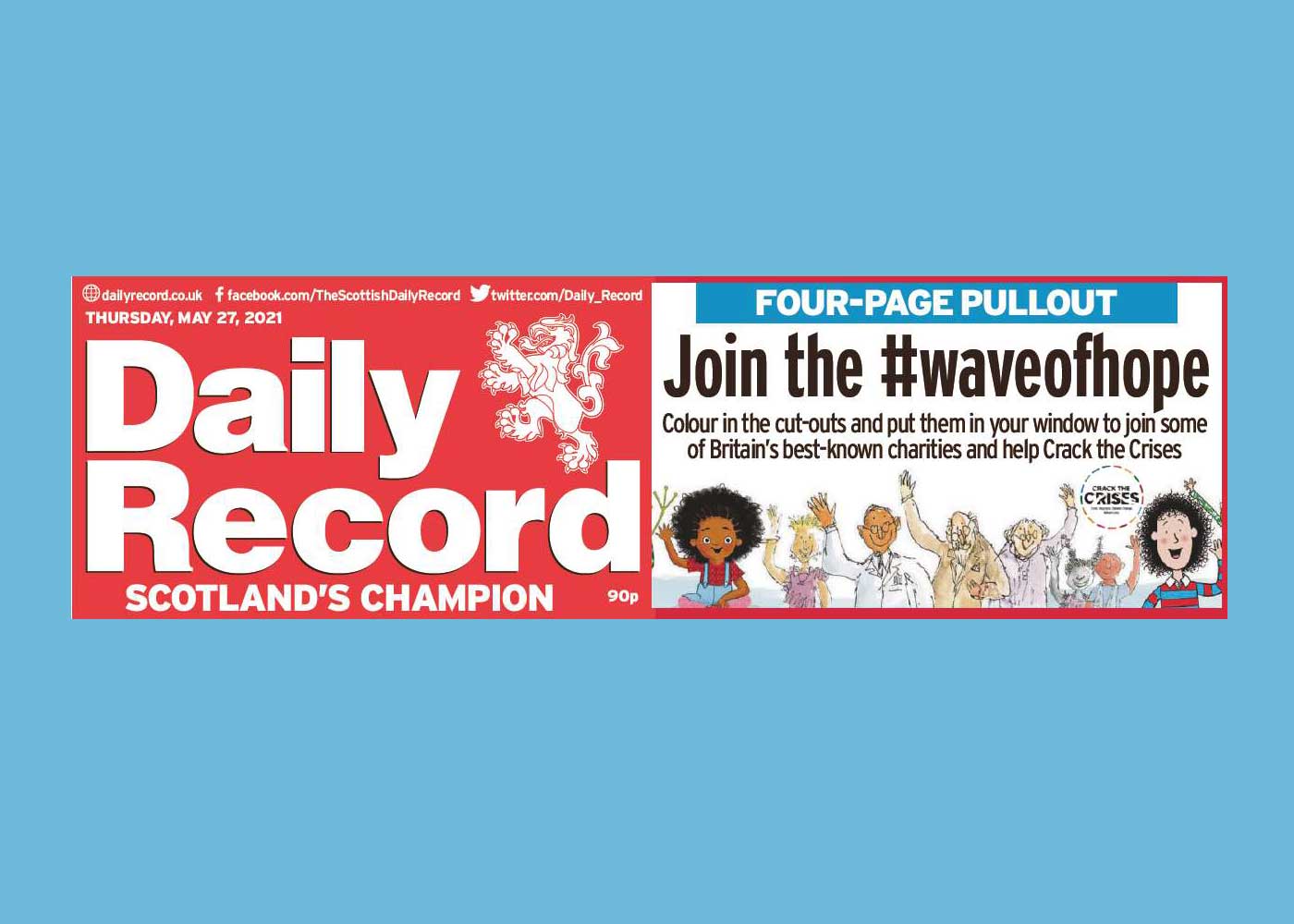 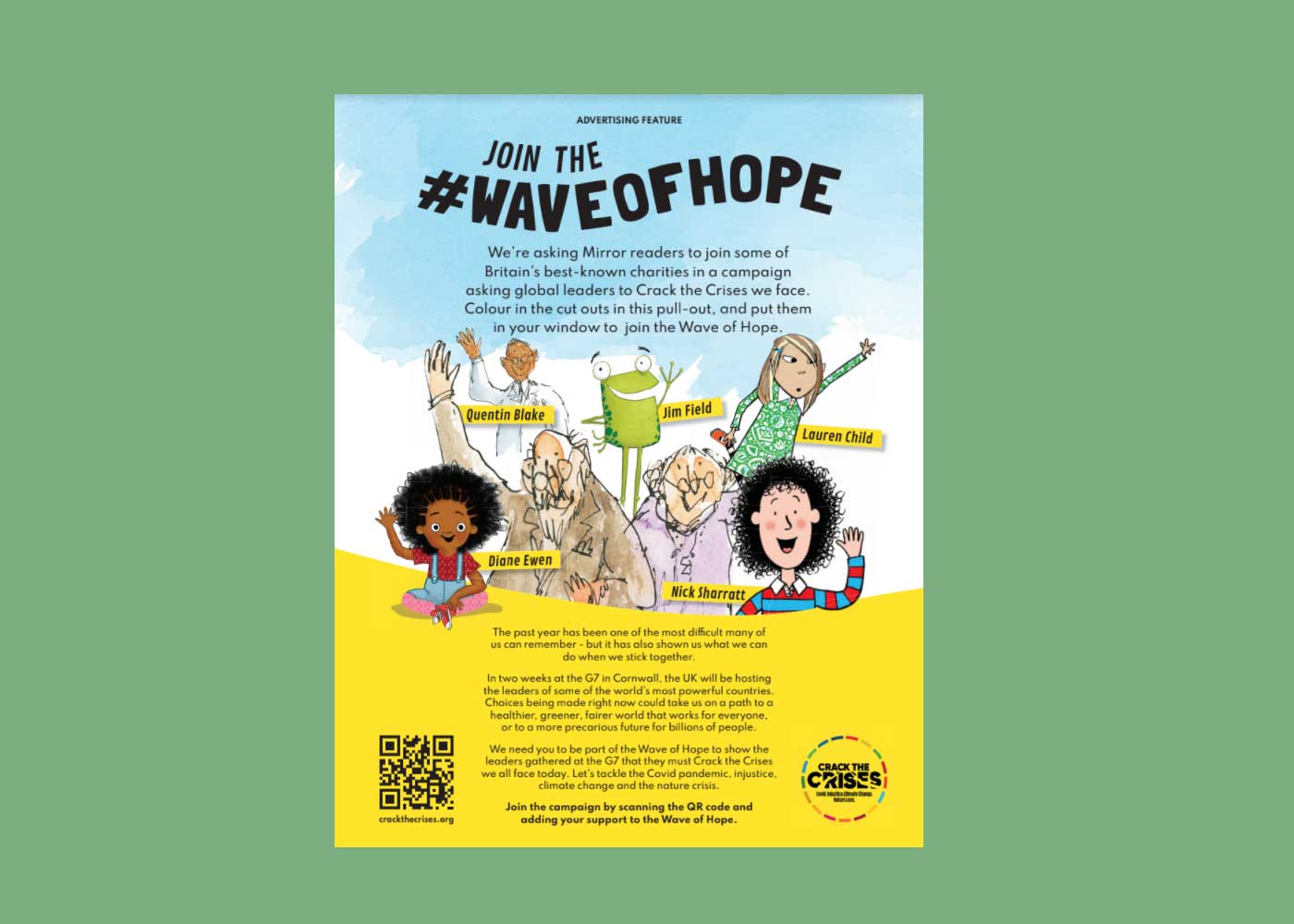