89up launched the first ever Global Encryption Day

Strong encryption makes the internet safer for everyone. The Internet Society, as part of the Global Encryption Coalition, engaged 89up to launch the first ever Global Encryption Day to encourage people to Make The Switch to using encrypted services. This was a fully integrated campaign across web, social, content, editorial and PR.

89up wrote, designed and built Who’s Listening? Exposing Global Multicorp, an interactive game which educated players about the importance of encryption through compelling story-telling. The player adopts the role of a journalist who has to use encryption to protect the identity of a whistleblower and expose a global scandal involving one of the biggest corporations in the world.

We worked with a group of leading international investigative journalists to place an open letter in the Times, explaining how weakening encryption could put journalists and their sources at risk and could deter people from speaking out against corruption and abuses of power. The letter was signed by journalists including Alan Rusbridger, Prospect editor, former Guardian editor; Inday Espina-Varona, former National Union of the Journalists of the Philippines chair; and James Ball, Bureau of Investigative Journalism global editor.

We also organised an online panel discussion with human rights and free speech activists including NSA whistleblower and Freedom of the Press Foundation president Edward Snowden, Matt Mitchell from CryptoHarlem, Afsaneh Rigot from Article 19, and Lisa Dittmer from Reporters Without Borders to talk about the real-life impact that encryption has in protecting the public, from members of the LGBTQ+ community in Afghanistan to survivors of domestic violence in Brazil and how creating backdoors for law enforcement would lead to a form of digital stop and frisk. 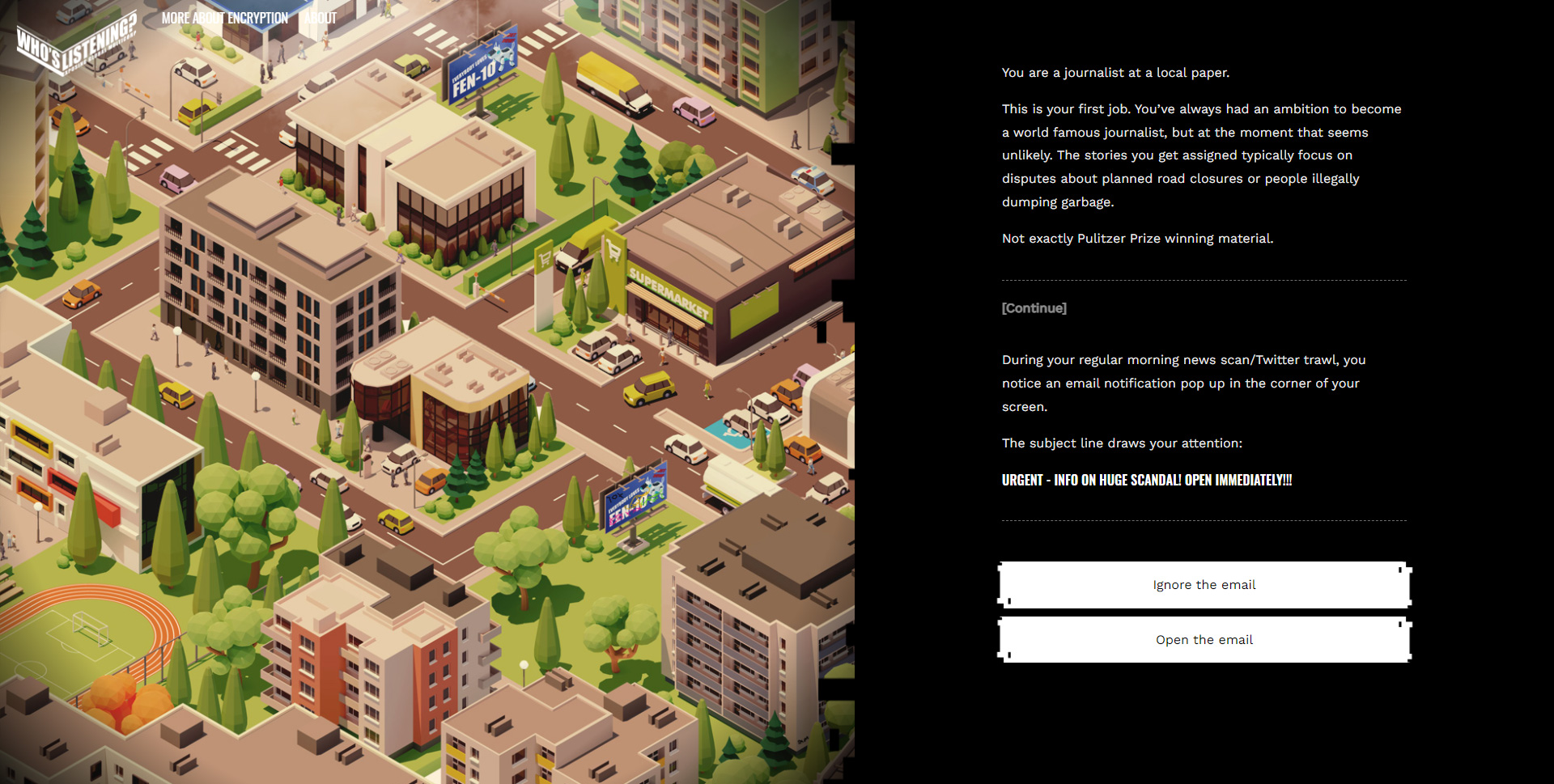 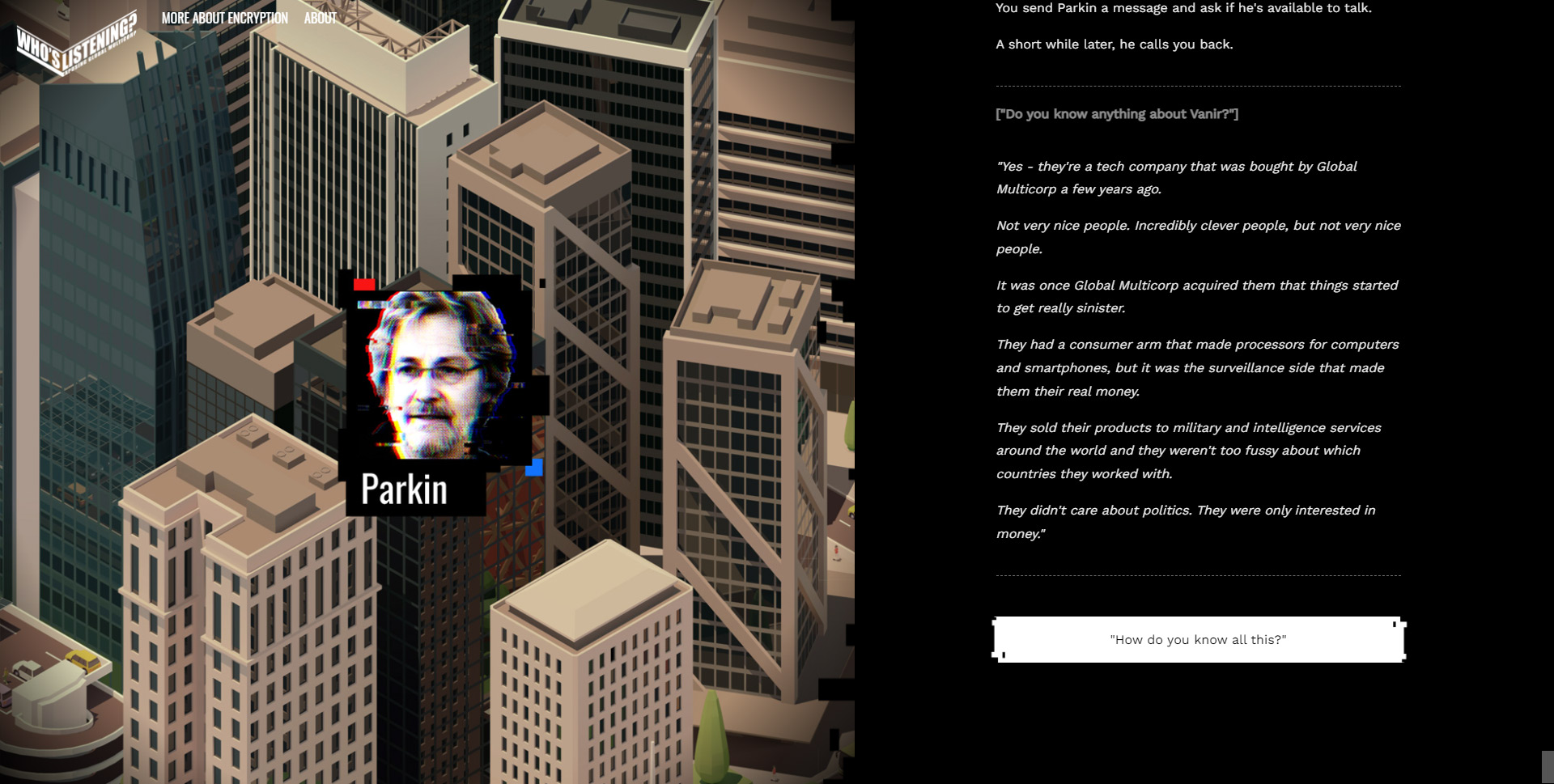 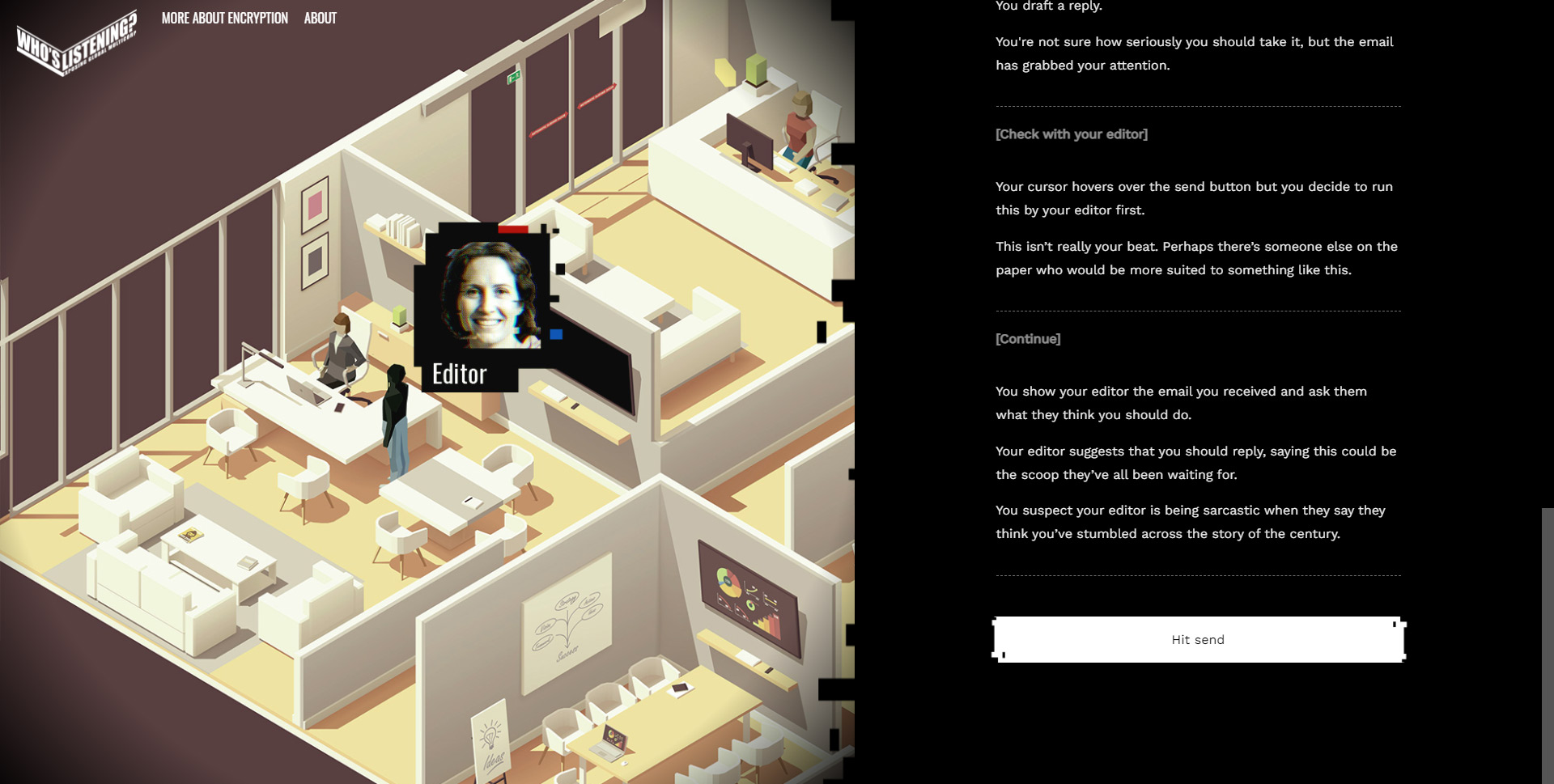 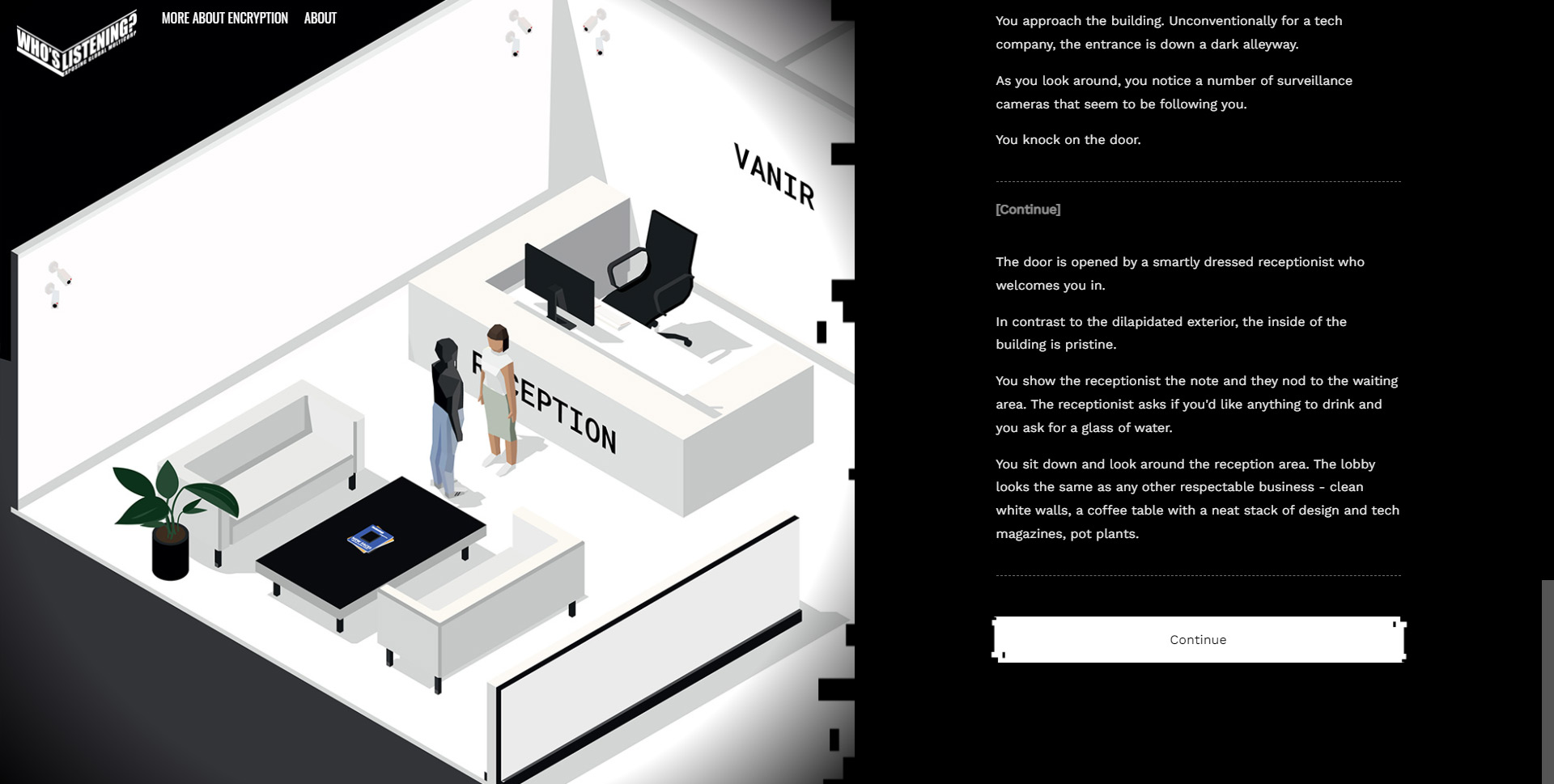 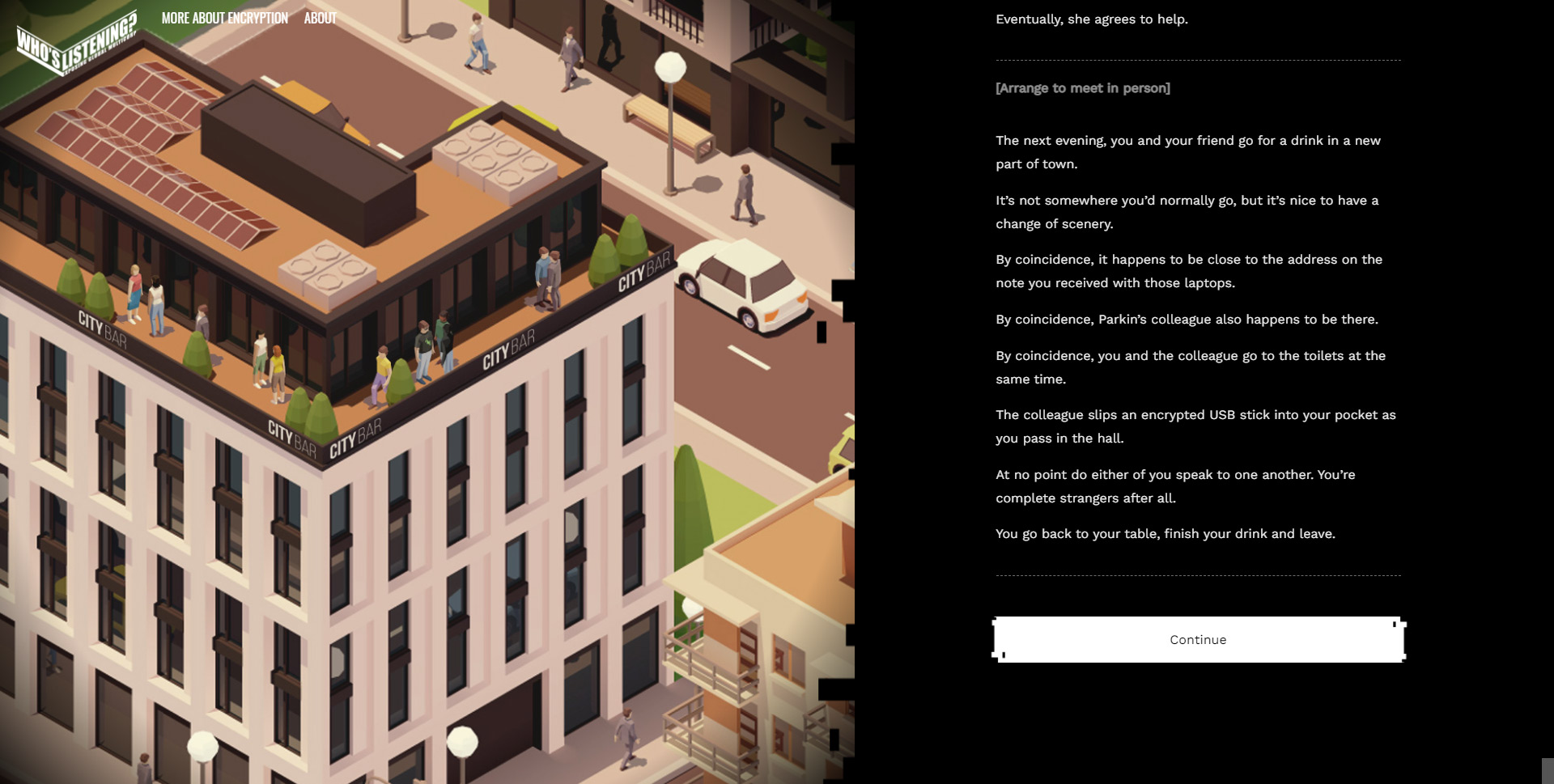 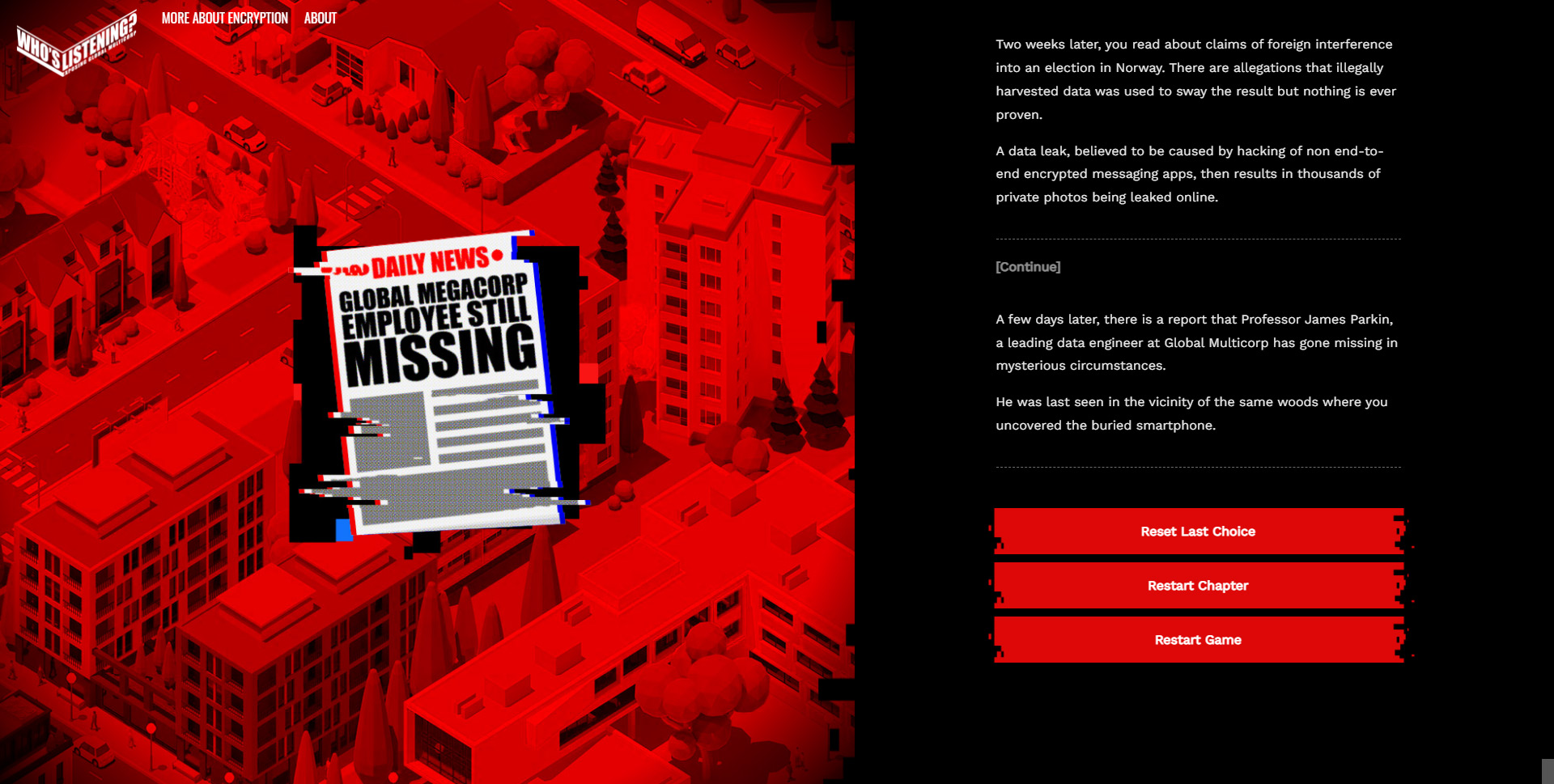 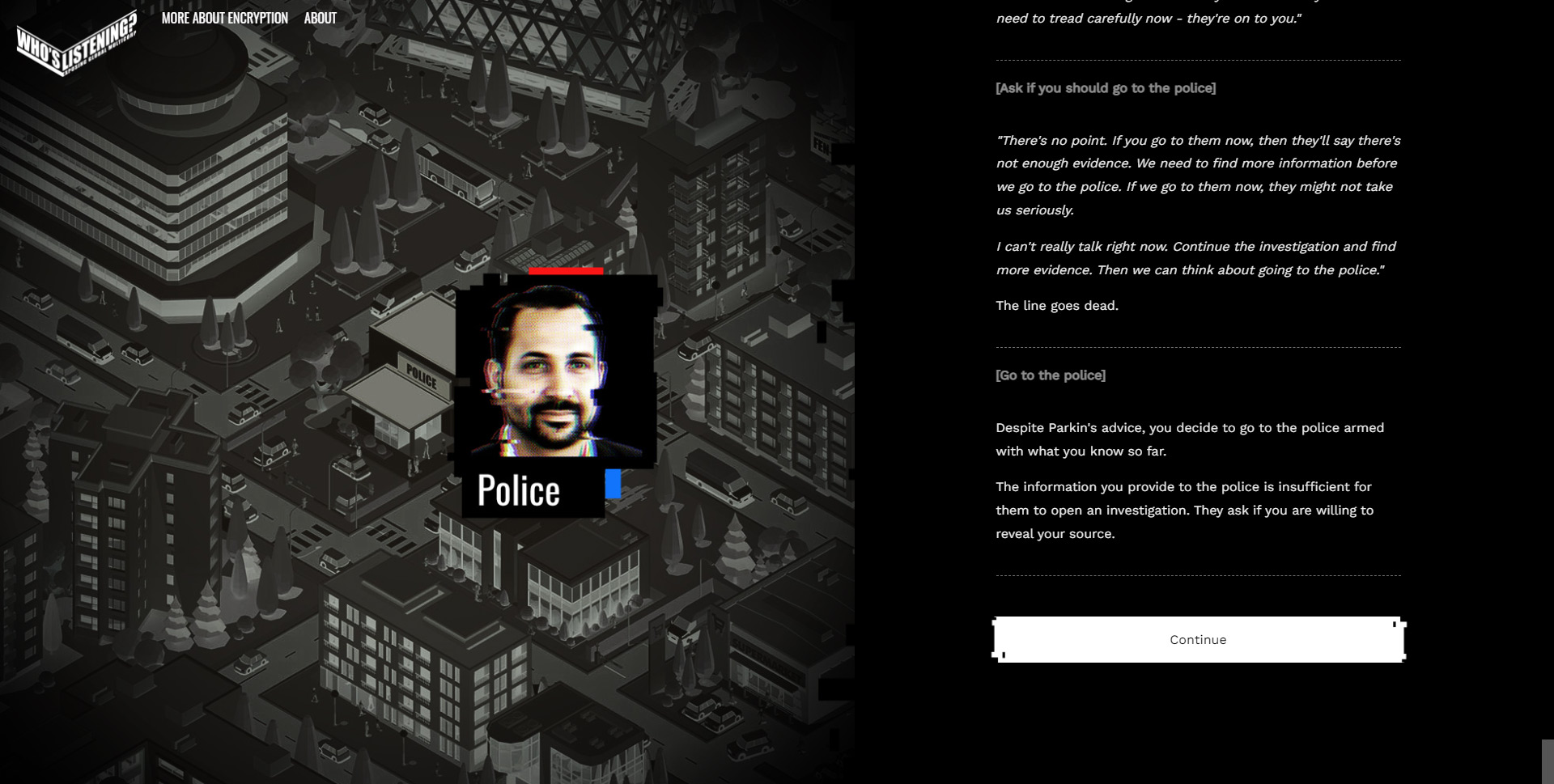