89up releases report on Russian influence in the EU referendum 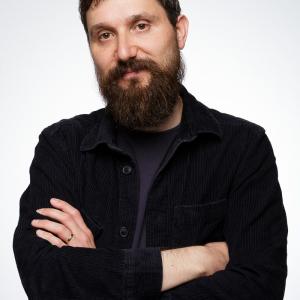 The first part of 89up's report - Putin’s Brexit? The influence of Kremlin media & bots during the 2016 UK EU referendum - has been reported in The Observer.

Part two of 89up's report has been published in The Times.

Russian media interference in EU referendum worth up to £4 million

- Report submitted to the Culture, Media and Sport select committee by digital agency 89up lays bare extent of Russian media interference
- Kremlin-backed outlets RT (Russia Today) and Sputnik had more reach on Twitter for anti-EU content than either Vote Leave or Leave.EU
- Call for parliament to investigate role of UK-based Russian propaganda outlets
- Russian bots reach during EU referendum was significant - equivalent to 29% of total reach of both Vote Leave and Leave.EU Twitter activity

Putin’s Brexit? The influence of Kremlin media & bots during the 2016 UK EU referendum. from 89up

RT and Sputnik published no fewer than 261 media articles on the EU referendum in the UK, or with a strong anti-EU sentiment which mentioned Brexit from 1 January 2016 until 23 June 2016. The report shows the social reach of these anti-EU articles published by the Kremlin-owned channels was 134 million potential impressions, in comparison with a total social reach of just 33 million and 11 million potential impressions for all content shared from the Vote Leave website and Leave.EU website respectively.

Mike Harris, CEO of 89up said:

“The Kremlin’s propaganda channels had three times more impact on Twitter than both the official Leave campaigns combined. The Russian government has two media outlets based in the UK, Sputnik and Russia Today (RT), who ran hundreds of misleading news articles in the run-up to the EU referendum that were seeded across social media. We don’t know how much the Russian government is paying social networks to spread their propaganda, or how much Russia is spending on their media networks. We need Parliament to get to grips with a clear and deliberate attempt by an autocratic foreign power to interfere in our democracy.”

Social media activity by the two channels spiked on the day of the referendum, with both platforms increasing their Twitter activity significantly which matched the surge in Russian bot activity on the day.

The report also analyses the impact of Russian bots identified by US Congress. Confirmed Russian bots delivered over 10,000,000 potential Twitter impressions during the EU referendum. To place this in context, this is nearly a third of the potential reach of all tweets from the Vote Leave Twitter account during the period analysed.